As many of you are now aware, Peter Morris has formally announced that he is retiring from his role as director of the Centre for Evidence in Transplantation. Peter established the CET in 2005 with the aim of improving the quality of evidence in solid organ transplantation and increasing awareness of evidence-based medicine amongst transplant professionals. His vision has been a great success, with initiatives such as the Transplant Library, Evidence in Transplantation course and a large number of published systematic reviews bearing testament to his hard work.

On the 7th July, Peter was joined for afternoon tea by many colleagues at the Clinical Effectiveness Unit at the Royal College of Surgeons of England. John Carr, the college photographer, presented Peter with gifts including a framed photograph from the start of his term as President of the College. 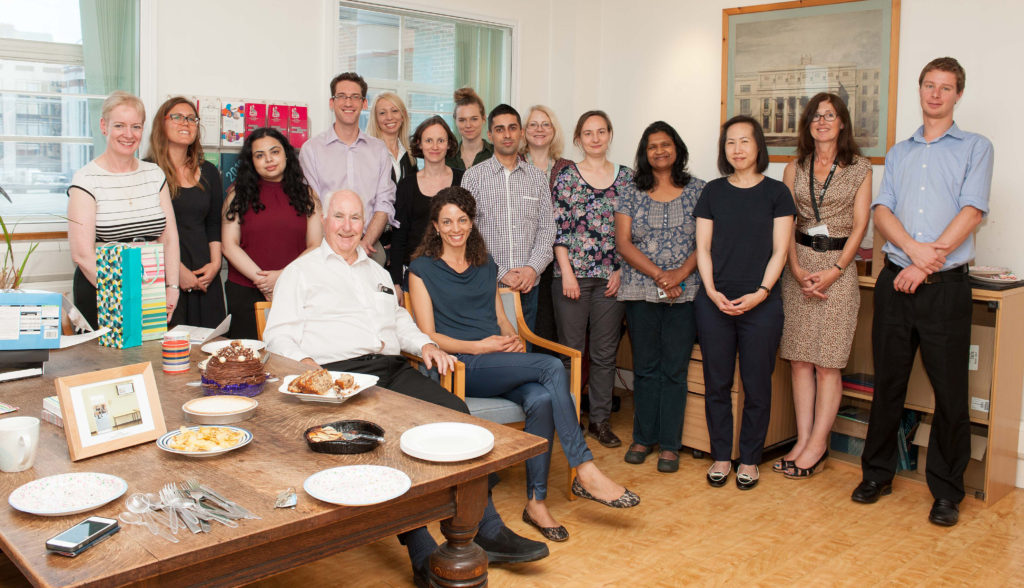 In the evening, we had a lovely dinner with Peter, his wife Joce, and many of the researchers, research fellows and transplant surgeons that have been involved with the CET and it’s work over the past 11 years.

The rest of the team here at the CET are obviously very sad to see Peter leave. His guidance and mentorship has had a large influence on us all and his vision for the CET represents an enormous advance in the field of Evidence-Based Transplant Surgery. Fortunately, he has agreed to stay on as an honorary advisor, whilst Liset Pengel and Simon Knight take over as co-directors.